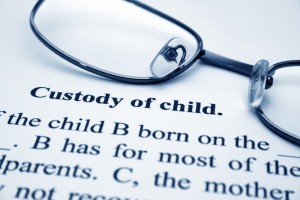 An individual who is “in loco parentis” can also file a custody petition.  This applies where a child has a strong psychological bond with a person who is not a biological parent, but has lived with the child and provided care and affection to the point that the child views he or she as a parent.

However, in loco parentis cannot be achieved without a parent’s consent and knowledge, or in disregard of a parent’s wishes.  Relevant factors include the support, maintenance, and discipline of the child, and whether the individual has lived with the child and considered the child to be his or her own.

Additionally, a grandparent who is not in loco parentis can file for custody of a child:

In custody matters, the court determines the child’s best interest by considering all relevant factors, with particular attention to child safety.  Factors may include: which party is more likely to encourage and permit frequent and continuing contact between the child and another party; the need for stability in the child’s education, family and community life, including availability of extended family and the child’s sibling relationships; the parental duties performed by each party; the child’s preference; proximity of the parties’ residences; attempts of one parent to turn the child against the other, including the parties’ willingness and ability to cooperate; which party is more likely to maintain a loving, stable, consistent and nurturing relationship with the child and attend to the child’s daily needs; each party’s availability to care for the child or make appropriate child-care arrangements; the mental and physical condition of a party or member of their household, including a history of drug/alcohol abuse; a history abuse and a continued risk of harm to the child; and any other relevant factors.

There may be instances of relocation, which is when one party wants to move with the child and it substantially impairs the other party’s ability to exercise custody.  Generally, no relocation may occur unless every individual with custodial rights to the child consents or the court approves it.  Before granting relocation, the court considers numerous factors, which may include: the impact on the child’s life and development; the child’s relationship with the relocating and nonrelocating parties, siblings, and other significant persons in the child’s life; the child’s preference; the feasibility of preserving the relationship between the child and nonrelocating party through suitable custody arrangements; whether there is a history of abuse and a continued risk of harm to the child; and any other relevant factors.