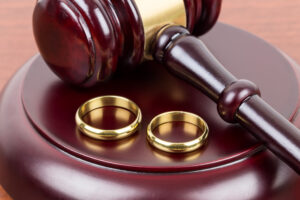 At the request of either party in an action for divorce or annulment, the court equitably divides, distributes, or assigns the marital property between the two parties.  In Pennsylvania, this equitable distribution of marital property is done without regard to marital misconduct by either party, which means that proving fault does not matter.  The court may distribute the marital property in percentages or any such manner it deems just after considering all of the relevant factors, which include, but are not limited to:

The process in Pennsylvania is to establish grounds for divorce and then move into equitable distribution of marital property with the Court if no agreement can be reached between the parties.  The parties will first appear before a hearing officer before going in front of a judge for a trial if either party dispute the hearing officer’s findings and recommendation.  Often, cases are settled with Property Settlement Agreements entered into by the parties.  Property Settlement Agreements must address all of the marital property subject to division, adhere to normal contract principles, and cannot be modified unless by agreement of the parties.  If the parties are unable to come to an agreement and the matter proceeds to trial, the Order entered by the Court after trial then resolves the equitable distribution portion of the case.