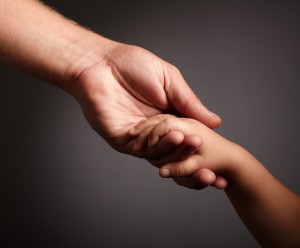 In Pennsylvania, all parents must provide financial support for their children to the best of their ability, considering each parent’s income as well as his or her ability to pay.  Generally, the parental duty of support is owed until the child reaches 18 years of age and graduates from high school, whichever occurs later.  However, there may be certain exceptions that require continued support obligations, such as a child’s physical or mental disability, or the costs of college education if agreed to by the parties.  Child support is a shared responsibility, and as such, it requires both parents to contribute.

There are a number of instances where an individual is required to pay if a child support action is filed against him or her.  One such instance is where the individual is a non-custodial parent, meaning that the parent has partial physical custody of the child, as opposed to primary physical custody of the child.  Another example would be if the child or children are in placement or in the care of a third party, in which case both parents would be required to pay child support to the third party.  Additionally, if a parent is the higher income earner in a shared 50/50 custody arrangement, that parent would be required to pay if a child support action was brought against him or her in an attempt to financially equalize the respective households.

Pennsylvania’s child support guidelines follow the Income Shares Model, which was developed in response to a number of economic studies that showed how the amount of household spending devoted to children is directly related to the household’s level of income and the number of children.  This concept is based on the idea that the child of separated, divorced or never-married parents should receive the same proportion of parental income that the child would have received if the parents lived together.  The base amount paid in child support is used to cover the costs of food, shelter, transportation, and clothing, and then each party pays a determined percentage of their combined income towards any extra child-related costs they may incur, which may include tuition, daycare, camp, additional childcare needed to maintain employment, extracurricular activities, etc.