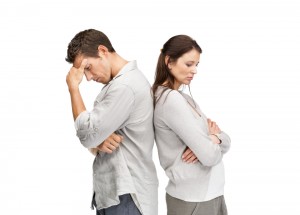 Marriage is a civil contract between two parties, the right to which is fundamentally protected under the Due Process and Equal Protection Clauses of the United States Constitution.  For a marriage to be valid, the persons entering into the marriage must have the capacity to contract, the couple is required to obtain a marriage license, and there must be some form of solemnization or ceremony to commemorate the event by a licensed officiant.

In the event that a couple decides to legally end their marriage, the parties must file for a divorce in order to dissolve the bonds of matrimony.  The jurisdictional requirements for divorce in Pennsylvania necessitate that at least one of the parties be a bona fide resident of the commonwealth for at least six months immediately previous to the filing of the divorce complaint.  The marriage itself need not have occurred in Pennsylvania, nor is it necessary that the grounds for the divorce occurred in the commonwealth.  As part of the divorce process, the parties must be advised that counseling is available, and in some instances, counseling may be required by the court if requested by one party with a reasonable prospect of reconciliation.

A divorce is filed for and obtained on “fault grounds” when the Plaintiff can prove two things: 1) that the Plaintiff is the innocent and injured party; and 2) that the Defendant is guilty of any of the six categories of martial misconduct.  These categories include desertion, adultery, cruel and barbarous treatment, bigamy, imprisonment for a crime, and indignities.

A “no-fault” divorce means that the divorce can be obtained without regard to marital fault and it is the most common way for people to divorce.  A no-fault divorce is obtained without establishing any kind of misconduct by either party and grounds for a no-fault divorce are established either with the consent of both parties or unilaterally by one party with one or two years of separation depending on when the separation occurred.  The court may grant a divorce where both parties mutually consent to the divorce, believing the marriage to be irretrievably broken, and a period of 90 days has elapsed since the commencement of the action and service of the complaint.  The court may also grant a divorce at the request of only one party without the other party’s consent following a one-year separation period if separation occurred on or after December 5, 2016, the parties continued to live separate and apart since, and the marriage is irretrievably broken.  The separation period required for a unilateral divorce is two years if the parties separated prior to December 5, 2016.

The Law Offices of Musi, Merkins, Daubenberger & Clark understand that going through a divorce can be a difficult time in a person’s life.  At MMD&C, the goal of our team of skilled, dedicated, and hardworking divorce and family law professionals is to educate, negotiate, mediate, and/or litigate for the best interests of our clients.  Our legal team has years of collective experience in trying divorce, support, and child custody cases throughout Southeastern Pennsylvania.  Our expertise and our commitment to clients have made us one of the leading divorce, support, and child custody law firms in Pennsylvania today.  When you work with MMD&C, you have the backing of our entire team in helping you achieve a favorable result in your family law issue.